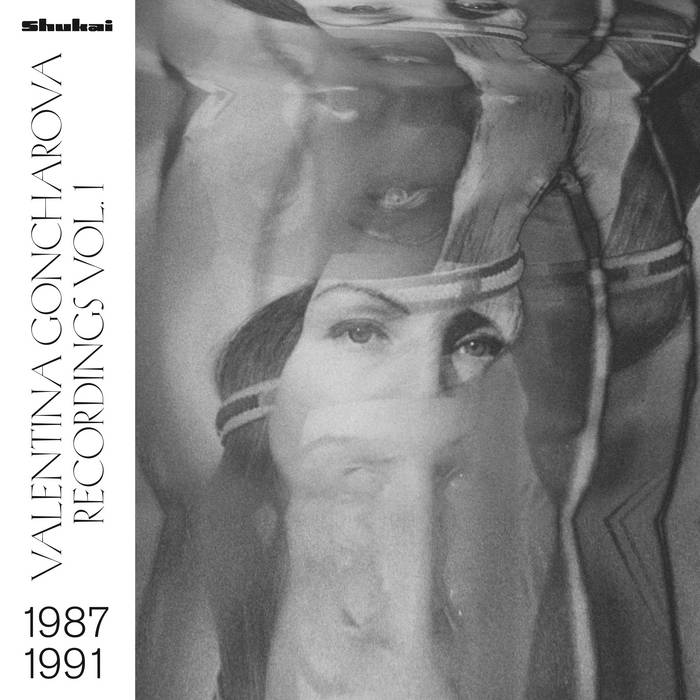 Mag can't wait for the rest of the album Favorite track: Passageway To Eternity.

Historically informed violin player, prize-winning street musician, new age experimentalist, chamber ensemble performer and conservatoire deviant. The career of Valentina Goncharova (b. Kyiv 1953) shares parallels with those associated with the broader new music movement of the 20th century and the dissemination of home recording technologies. Valentina’s was a youth spent immersed in the world of classical music study under soviet rule, first in Kyiv and later in Leningrad (now St. Petersburg) from the age of 16. With the supervision of professors M. Vayman and B. Gutnikov she learned concert violin and developed alternate playing styles alongside skilled pianists. A student of the Leningrad conservatoire during the years 1969 through to 1983, her repertoire included music for violin and later expanded to contemporary music composition. The improvisatory nature of free jazz and then budding experimental rock circles also intrigued Valentina during this period in Leningrad. Departing from the rules of the conservatoire, she briefly performed in underground rock clubs alongside future members of the industrial group Pop- Mechanika (Popular Mechanics). This perpetual state of flux is central to the variety found within ‘Recordings Vol. 1’, though as opposed to any degree of uncertainty Valentina’s practice is one in flux by way of earnest curiosity.
Pushing further into an exploration of solo electro-acoustic sounds, she took to home taping on a modified Olimp reel to reel recorder. Intrigued by the manipulability of dubbing and the fresh sounds of DIY effects chains, Goncharova developed pickups alongside her husband Igor Zubkov. Her infatuation with the music of Stockhausen, Xenakis, Ganelin Trio and Pierre Boulez channels through considerations of space and erratic sound design, the three movements of ‘Metamorphoses’ embodying this textural approach to musique concrete. The compositional skills developed in Leningrad unfold in the romantic gestures of ‘Higher Frequencies’, whilst manipulated cello combines with synthesise keys across ‘Passageway To Eternity’. The slow, pulsating drone soundscapes recall the likes of Robert Rutman’s US Steel Cello Ensemble or even deep listening pioneer Pauline Oliveros.
The juxtaposition of written notation and improvisatory flare is central to Goncha- rova’s sound world. This period of home recording documents a confluence of minimalism, free form and flirtations with new age tropes (inc. bell chimes and cavernous vocal mantras). Experimenting with unusual performance techniques, such as shouting into amplified cello strings, Valentina’s home studio functioned as a place to foster full artistic and creative freedom away from any academic strictures.
Relocating to Estonia in 1984, and in parallel to the deeply personal music of ‘Recordings Vol. 1’, Valentina performed at jazz festivals and gave classical concerts across Eastern Europe. In a sense, the recordings on these discs offer only a glimpse into her lifelong body of work. Over the past few decades she has taught at Tallinn Music College, expanded and updated post- Soviet popular music repertoire, collaborated with the Russian Philharmonic Society of Estonia and given concerts and charity events alongside the Catholic Church. Hers is a life dedicated to the exploration of sound, a career forged through careful study and ceaseless intrigue. In a time where technological interconnectedness has allowed for music of the past to be continually mined and evaluated through new lenses, Shukai present an artist whose tendency for private home-taping had allowed recordings to go unheard for thirty years.

Special thanks to Ats Luik and Martin Jõela

Shukai (Ukr. Шукай, Eng. Hunt, Look for)
Archive record label focused on bringing back to life the lost tapes from 60–80s — soviet music for films and television.
Sub-label of Muscut

Bandcamp Daily  your guide to the world of Bandcamp